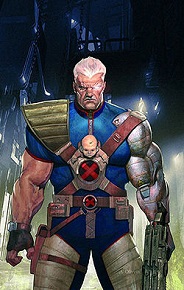 Deadpool closest partner of all time

Cable's techno-organic left arm and shoulder possess enhanced strength, and his techno-organic right eye can see into the infrared portion of the spectrum. Cable has also wielded the Psimitar, an Askani weapon that channels his psionic powers, as well as a variety of firearms and other weapons.